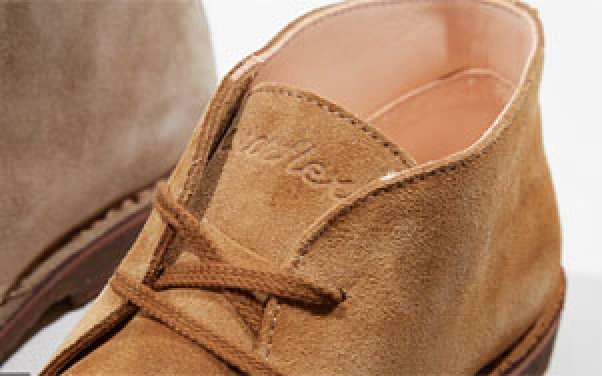 Astorflex is a real Heritage brand and known as "the best desertboots in the world". The brand was founded in the 19th century, in Castel D’ario (Mantova) where the first shoe factory of the Travenzoli family was set up. At that time there were lots of small, family-run workshops that produced handmade footwear with leather uppers and wooden soles. After the first world war, at the outset of industrialisation, the small “Fratelli Travenzoli” concern started to produce different types of footwear using the “Ideal” method (outer stitching along the edge of the sole). Today the company is lead by Fabio Travenzoli (6th generation) and he brought a responsable, sustainable appraoch to the production of these shoes that are still entirely made in Italy. All the shoes are made of vegetable tanned leathers, water-based colors, non-solvent glues and natural rubber soles for a final product described as "100% ecological."