We are open again! 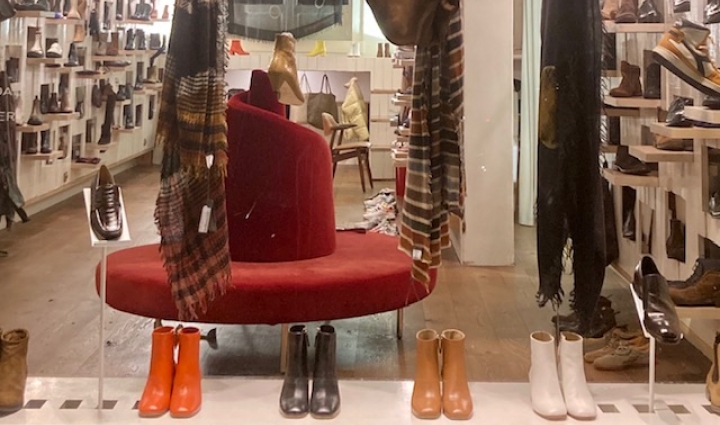 One of the new brands we will carry in our collection from this season is Hidnander. We love this brand because of it's mixing with retro elements and the excellent quality. The Starless is a timeless shoe, a perfect mix of the well known 70's icons Allstars (Converse) and the Superstar (Adidas). The Threedome take late ‘80s and early ’00s in a new direction, fusing the retro running silhouette with a modernist’s vision for shape and originality. You will find both styles for men and women in our collection. 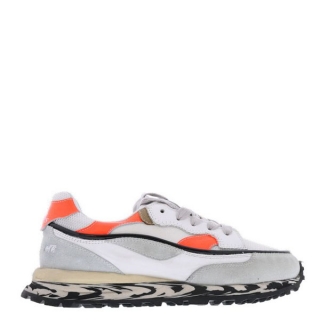 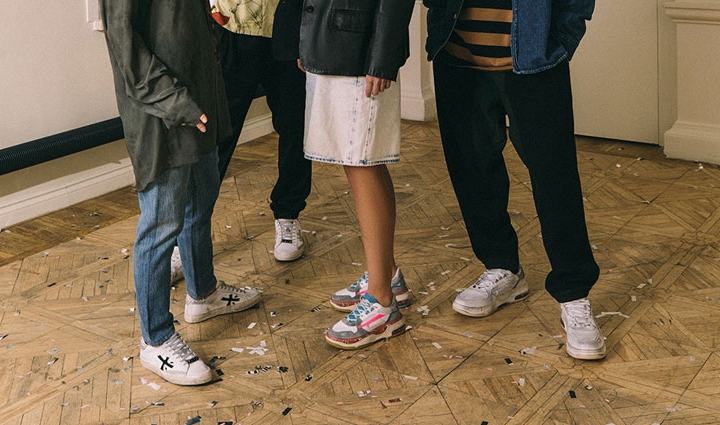 The Sizey collection, which has been launched at the end of 2018 by Premiata is the newest line in their collection. It started with the release of the Sharky sneaker. Only launched at a few high-end stores and LUUKS ;) was sold out immediately. Just recently the DRAKE sneaker has been added to the Sizey family. We love this funky big "unisex" sneaker.... Another big succes of Premiata. For this spring you will find a lot more colors of both styles in our collection....

A new variation on the Rocker style of Fiorentini+Baker and this style is still rocking... 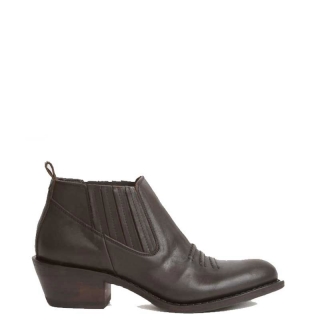 Walk on the wild site with all the animal prints this winter. Check it out instore or online. 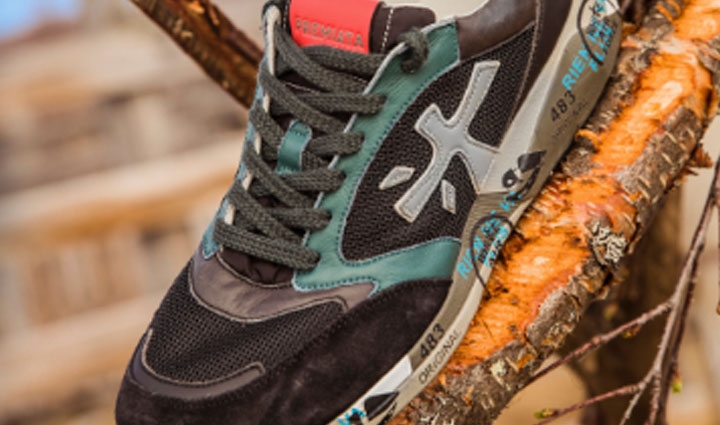 Just in, check out all the new styles of Premiata and we will receive more.... 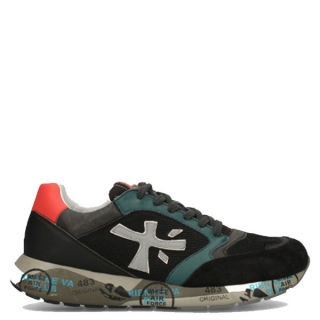 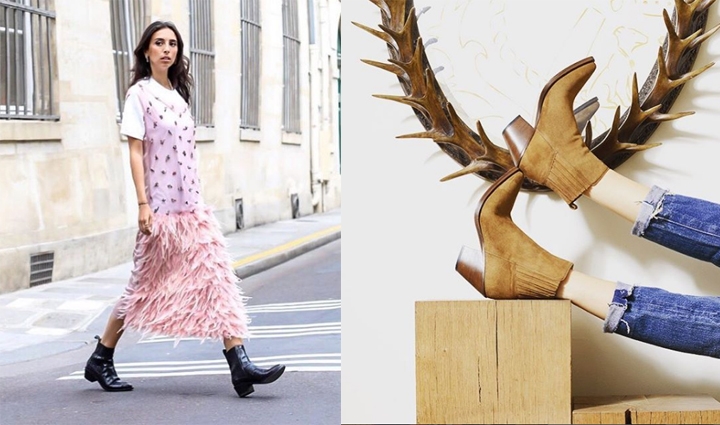 Oh yes, cowboyboots are back again and Sartore still knows very well how to make them! Check out their latest style with a new midheel and washed, also available red! 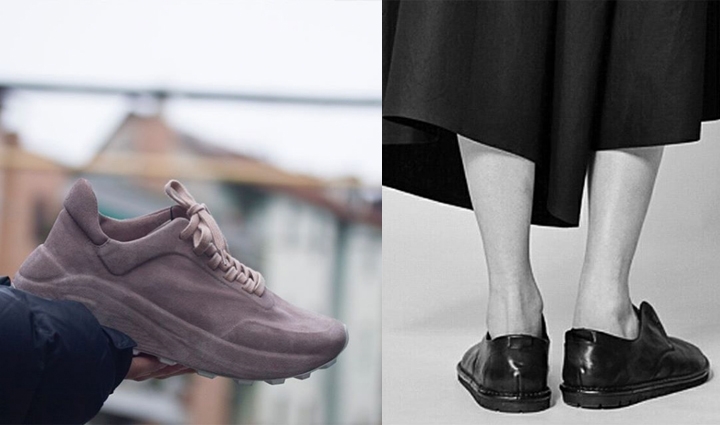 These new dressy sneakers made by Del Carlo in old pink are also available @LUUKS in black.

Another comfortable shoe is the Marsell "gomma" in black, looks like a shoe but feels like a sneaker... 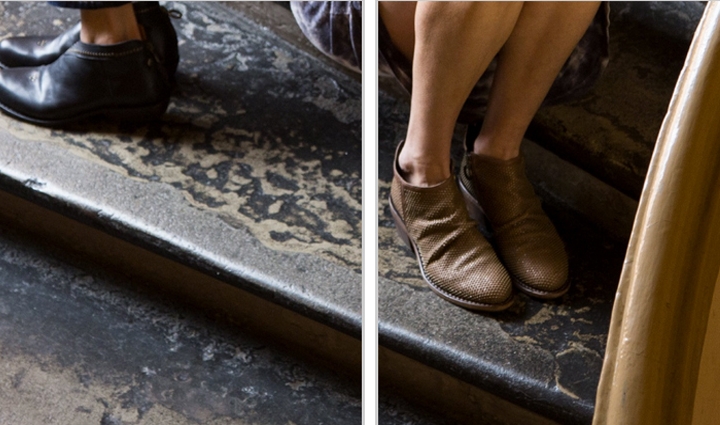 A sneak preview of the new collection of Fiorentini + Baker... 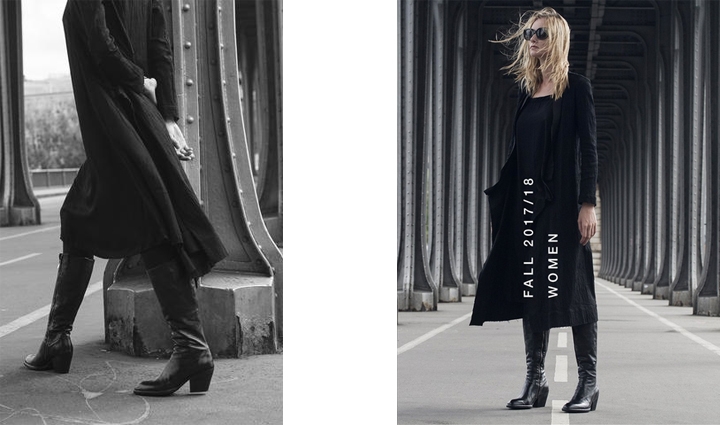 This winter the must haves for your wardrobe from Officine Creative. The come back of high boots! 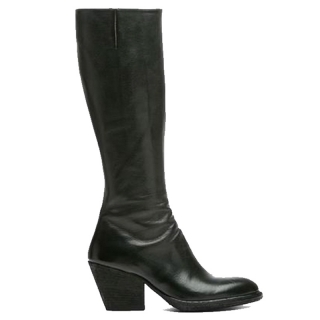 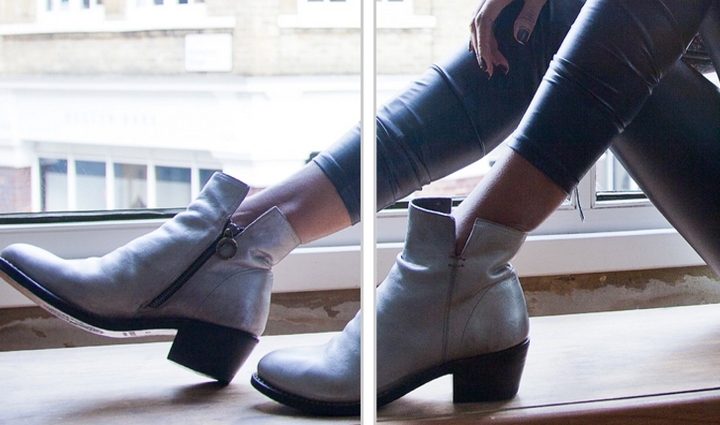 Our favorite boot for the new season, the Rocker boot of Fiorentini+Baker. A nice funky western bootie in different colors. Small heel, not to flat, perfect for every day.... 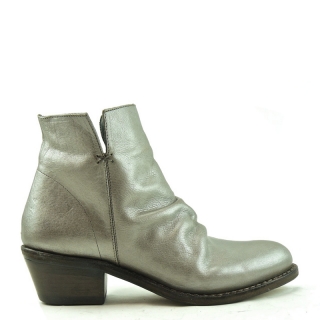 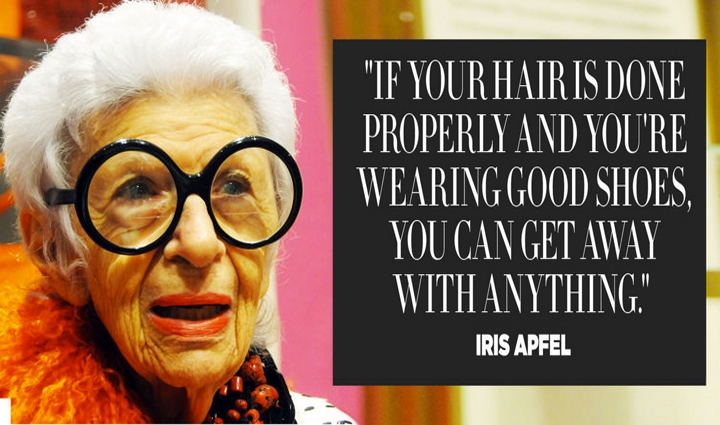 Iris Apfel went to Paris last week, and quite honestly, the city may never be the same. The 94-year-old New Yorker is the subject of “Iris in Paris,” a fashion exhibition and pop-up shop at Le Bon Marché Rive Gauche department store that celebrates her famous, forthright style. And rightly so.

So when the Bon Marché called, “I thought it was wonderful!” she said. “It gave me a reason to come back to Paris!” For the installation, she selected a handful of items the store could sell — she wanted useful things, not trinkets. So there is her signature cross-body Mongolian lamb handbag/muff; Iris-like pinball-sized bead necklaces; Iris-style big resin bangles; Iris in Paris notecards; Iris in Paris notebooks, totes and umbrellas — even an Iris in Paris coffee mug. The show is organized around 10 tableaux: “Iris at the Museum,” “Iris at the Flea Market,” “Iris on the Bateaux Mouches” and so on. The French illustrator Eric Giriat produced witty sketches of her dressed in each scene for the store’s windows, and the installation includes a short film of Apfel at home, talking about Paris, among other things. For more info abouth this exposition check here http://www.lebonmarche.com/ 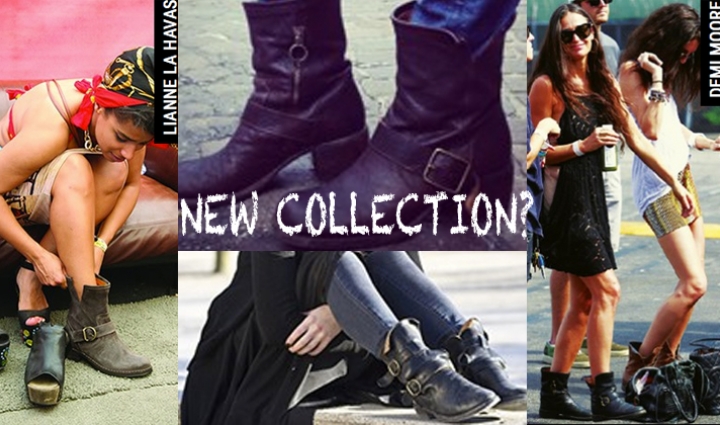 Fiorentini + Baker is a style you wear and some of those styles are already in our collection for a long time. We still love them!

Check out these shoes in the Spring 2015 fashion show of Dries van Noten. You like them? You will soon find them in our shop. If you want more information about the coming styles for this Spring Summer check out the fashion show http://www.style.com/trends/fashion/2014/tim-blanks-runway-reels-video-dries-van-noten-spring-2015 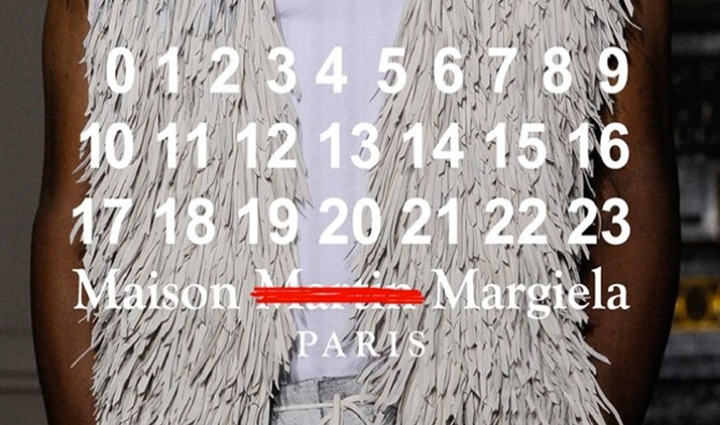 Maison Margiela loses Martin. The brand introduced subtly their new name with the introduction of John Galliano's first couture show for Maison Margiela. Next week we will go to Paris and take a look at their new shoe collection. Curious what Galliano created for the next season? Stay tuned!

In the shop with Deborah Baker..

Distressed, weathered and lovingly given that worn in look – there’s no need to scuff up Deborah Baker’s heels before their first outing.

The founder of Fiorentini + Baker – the recent addition to Rivington Street’s shopping scene – Baker has mastered that new-but-not-new quality in footwear that only months of pavement pounding or feet dragging replicates, earning her kudos among the fashion set. After all, on the days when prim or proper should neither be seen nor heard, gleaming shoes would be the ultimate of style sins.

Launched in 2001, Fiorentini + Baker keeps quality close to its heart. Produced in a small factory in Bologna each pair of battered brogues, buckled boots or wardrobe staple biker boots are the product of traditional artisan techniques that are made to last.

Never far from the F+ B action – Deborah’s Italian home is located in Bologna, while her London home is just one floor above the East London shop floor – Deborah has steered the brand to success.

Eager to find out more? Here is a quick chat with Deborah...

How do you start each day?

BBC Radio 2 or 6 depending on my mood before i go to sleep and the time I’m aiming to wake up.

I check to see where I am and what time it is!

If we opened your closets what would we find?

A bit of a mess, possibly a sleeping black cat, plenty of vintage especially jackets , and a few of my mum’s seventies dresses and lots of Fiorentini + Baker boots of course.

When travelling, what can you not live without?

Well apart from the obvious, which I sadly sometimes forget… my laptop.

What would we find you doing on a rare day off?

Wallowing in the luxury of not having to do anything, along with a catch up with friends and a long walk with the dog.

Do you have a place or city that inspires your work?

A great many: antique/vintage markets are a favourite; places where different/eccentric people tend to be; little underground bars in Soho; some clubs and music festivals; the V&A , I could go on and on…

When would you say you’re most creative?

Paradoxically when I have to be; a deadline usually works. And, when I’m happy and relaxed with some good music in the background.

Do you have a memorable fashion moment?

I think meeting Anita Pallenberg – I have loved since I was a teenager.

If you could live anywhere it would be… in the sixties and seventies flitting between the Chelsea hotel, New York and Chelsea, London.

This year you will… stop smoking (again). 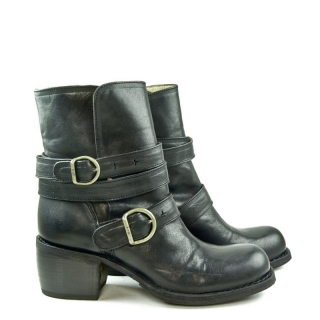 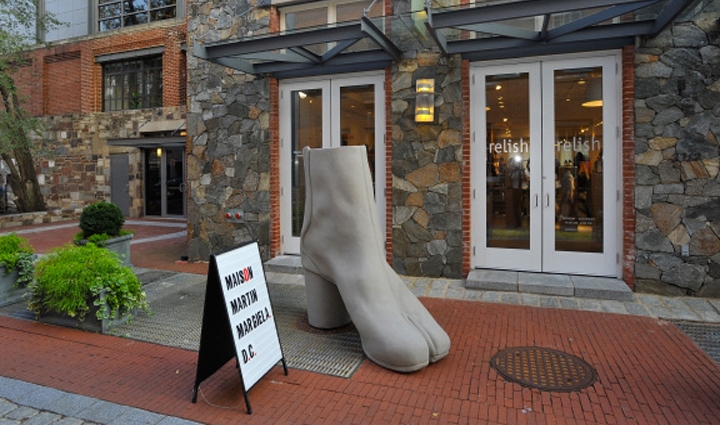 “For over 25 years the Tabi shoe has stood tall as one of the Maison’s most emblematic objects. Symbolizing one of our founding and most dear principles, transforming what is already known, or reinterpreting it,” says the Maison. “The Japanese Tabi, the traditional workmen’s footwear of choice becomes a stylized women’s shoe, bountiful in its styles and fabrics.”

Today Margiela celebrates to celebrate this iconic ‘Tabi’ shoe, the Maison, in collaboration with Relish in Washington DC, and presents the retrospective ‘Tabi Shoe Maker’ exhibition. A selection of Tabi shoes from 1989 till now will be shown. 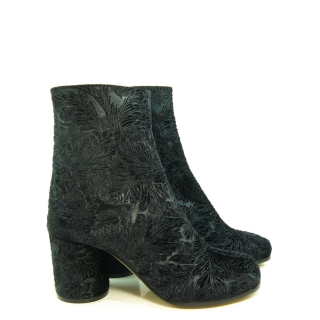 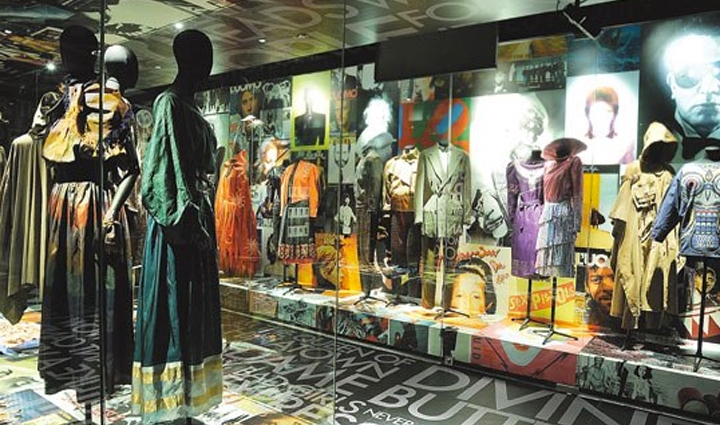 At the same day Dries van Noten opened its life-work exhibition in the Musee des arts decoratifs in Paris, LUUKS has started her collaboration with this famous Belgian designer fashion house. For the next Autumn Winter season you will find the shoes of Dries van Noten presented in our collection in our boutique in Amsterdam. In the meantime go and see this fantastic exposition when you are in Paris and for more info go to: www.lesartsdecoratifs.fr. It has just been extended with 3 months till the beginning of november.

Blue is the new color in our collection for spring summer 2014. Check regularly our new arrivals to see what we receive in the next coming weeks in this beautiful color. 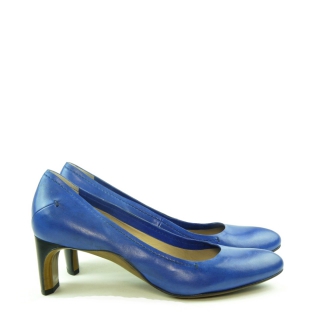 New York fashionweek started the 6th of february. Check here for information about all the fashion weeks on this globe http://fashionweekdates.com/fashion-week-2015-dates.html 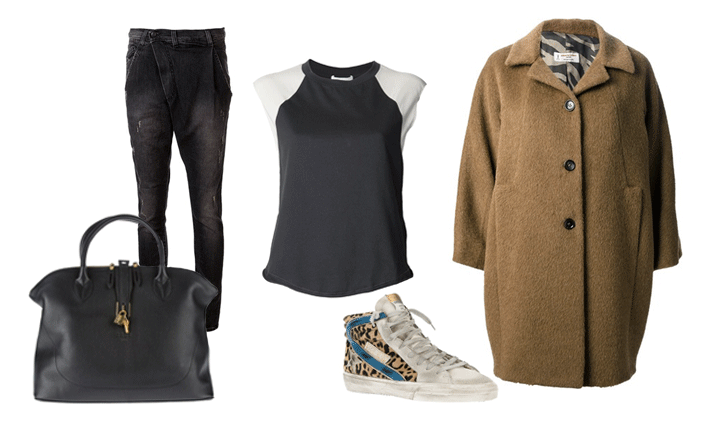 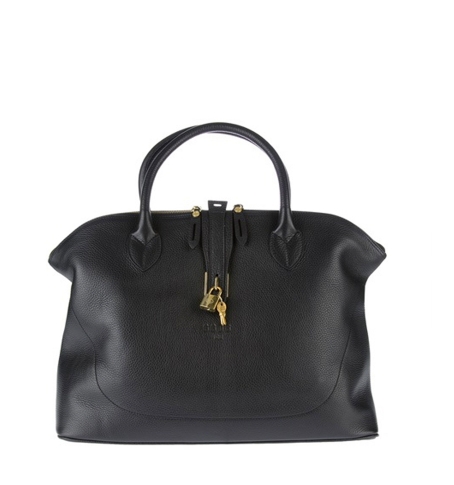 Everybody's on the run

I played the part of a slightly hungover grumpy northern taxi driver which is just as well as that's exactly what i felt like. I feel it's some of my best work and most definitely worthy of at least one Bafta. That actress Mischa Barton was in it too. Nice girl [Manchester] City fan would you believe!?!? 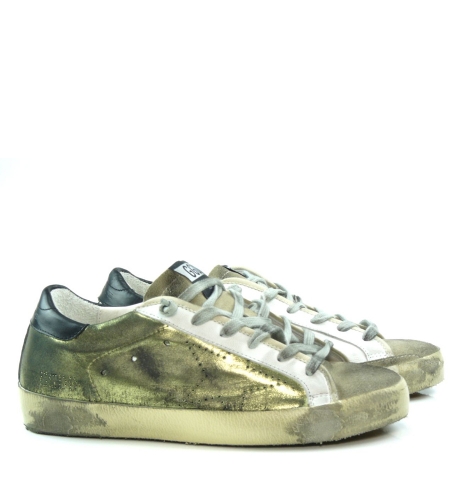 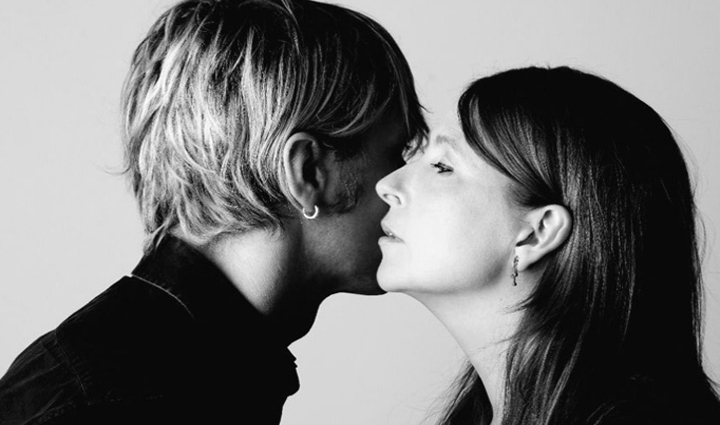 A.F.VANDEVORST is the Belgian fashion label started by An Vandevorst (born 1968 ) and Filip Arikcx (born 1971). They met at Antwerp's Royal Academy in 1987 on their first day at school and ten years later they set up their company Blixa to present their first collection as A.F.VANDEVORST. Vandevorst had previously worked as first assistant to Dries Van Noten whilst Arikcx worked as a freelance designer and stylist following a three-year spell working with Dirk Bikkembergs.

After their second collection, A.F.VANDEVORST were awarded the Venus de la Mode, a prestigious prize given to young designers at Paris Fashion Week. One year later they were invited to design the Ruffo Research collection for Spring-Summer and Autumn-Winter 2000, an accolade bestowed on young designers by the luxury Italian leather company Ruffo. The A.F VANDEVORST collection now includes shoes, accessories and a lingerie range called 'Nightfall'. 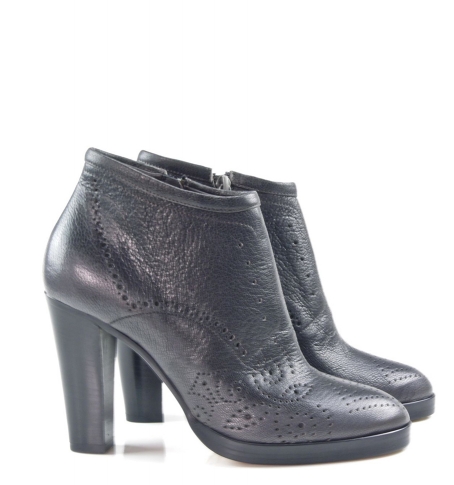